This “Plug & Play” technology converts the organic matter of waste into a clean, substitutable and competitive gas that can generate thermal and / or electrical energy for decentralized and scalable units from 300 kg / h to 3 t / h waste. This solves a successful equation whereby industrial players control their costs (input and output) for better profitability and a sustainable solution, independent of subsidies and financial crises.

All residues made of organic matter: biomass residues (therefore considered to be renewable energy) or fossil residues, provided the humidity content is below 50%.

Pyrowatts customises the equipment to be installed on the industrial or the municipality’s site who will no longer need to pay disposal costs or landfill of waste.

The “PyroWatts 4.0” is a simple and robust, compact, fully automated plant, designed on agricultural machinery principles scalable to process 3.000 tonnes/year to 30.000 tonnes/year of waste. 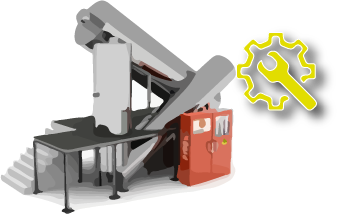 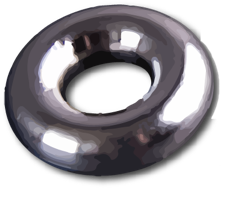 The waste is recycled on site with PyroRing© technology by flash pyrogasification. The “PyroRing” is a simple, revolutionary and patented innovation, which enables flash pyrolysis for improved performance.

Speed ​​and homogeneity of heat transfer are the key factors for good pyrogasification.
Pyrowatts 4.0 uses PyroRing Inside© technology, toroid-shaped rings made of refractory steel, heated at high temperatures.
This technology offers unique advantages:

The industrial player or municipality chooses its type of output energy, adapted to its production process. Ready to plug and play !

Thermal recovery in substitution for fossil fuels such as natural gas is a simple and competitive solution. For example, for an industrial company using a natural gas boiler for its energy needs, the “PyroWatts 4.0” process can be installed near its existing boiler without stopping the industrial process.

The “PyroWatts 4.0” process can also be connected to an internal combustion engine fueled by the gas produced by pyrogasification (as for biogas from methanisation). The electrical efficiency of these motors may be greater than 35%. By comparison, steam turbines conventionally used for incineration have a maximum efficiency of 25%.

Production of hydrogen, biofuels, or other high value-added molecules

The “PyroWatts 4.0” process can also be used to produce hydrogen, which can be used in fuel cells. This technology may also allow locally densifying non-food biomass as a pyrolysis oil, which can then be distilled in centralized refineries to produce second-generation biofuels. 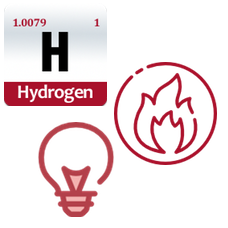 Turn your waste into energy and remodel your costs into revenues.